Evil’s Promise: Dooming People to Lives of Abject Misery will be available on Amazon in August 2022. 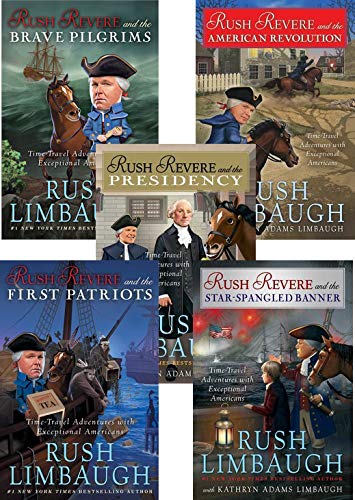 “Education ideally happens every moment of the day for people. Education is something that should never stop. At the Limbaugh Institute there are no graduates and no degrees because the learning never stops here.” — Rush Limbaugh, February 2015

“But I have this creeping little gnawing fear that courses through the deep, dark crevices of my brain every day that the greatness of this country, that the sustainability of the greatness and uniqueness of this country that stems to our very founding is coasting. In other words, we have built up a reservoir generation after generation after generation of people who were aware of how America came to be and why and had great reverence for that and respect for it.

“They were educated to understand the uniqueness of America and how it came to be. The notion found throughout our founding documents that it is the citizens’ freedom that dominates the structure of the United States, not the government, not the people in the government.” — Rush Limbaugh, November 2018

“I believe the real problem that we face in America, or the problems, can be boiled down to one particular area that we lost that has given birth to all of this left-wing insanity, and it is our education system. We’ve lost it. We’be lost the education. We lost the teachers. We lost the presence.

“The American founding is not something that somebody dreamed up and has an ideological component to it. It really happened. It happened because of real people who did real things. Real people who were brilliant, who did something that had never been done before in the whole course of human history. And it’s no longer taught. It is assaulted. It is destroyed.” — Rush Limbaugh, July 2020

(Rush recommended that you take time to learn about Hillsdale College)

Rush worked to improve himself daily and advised us to do the same. He knew where education leads. He knew that education was the key to happiness. He also knew that freedom and personal effort were crucial to being educated. Education is the key to keeping America strong while overcoming leftist ideology.

ACCESS: The first three reviews appear below. You will find the complete list under the main menu item, Weekly Update » Segment Notes.

Rush Limbaugh, “What Happened to the Conservative Movement?” (September 26, 2017).

This segment is classic Rush reading from an article that entirely agrees with what he teaches. The topic relates to Rush conservatism, what it is, and what happened to it under Establishment Republican leadership. The segment also explains why the leadership departed from conservatism’s core values and how true conservatives, Rush conservatives, are responding to it.

The article: Kurt Schlichter, “Conservative, Inc., Is Being Replaced by Us Militant Normals” (Townhall.com).

Conservatism is about authentic, time-tested values and what matters most to patriotic, god-fearing, family-oriented Americans of every race and creed. It’s not about politics per se or the divisiveness among the folks in Washington. It’s about what “normal” people stand for and believe about life and how to live it.

Normal Americans (the author’s definition): Normals are “the Americans who built this country, and defended it. When you eat, it’s because a normal grew the food and another normal trucked it to you. When you aren’t murdered in the street or don’t speak German, it’s because a normal with a gun made those things not happen. We normals don’t want to rule over others. We don’t obsess about how you live your life.”

Rush explains that the conservative movement has been butchered and redefined by people who want to lead it and decide who isn’t conservative. But true conservatism is for everyone. It is not exclusionary. So why do today’s so-called conservative leaders hate and exclude Donald Trump (for example)? They justify their hatred by claiming he’s not conservative. The truth is Trump is popular with the people. He resonates with “normal” people. “There is,” according to Rush, “widespread fear, disgust, and anger over Trump because Trump became as popular as conservatives want to be.”

What do the self-appointed leaders of conservatism do? “They publish magazines; they run blogs; they run websites.” And “many of them live off donors.” What has happened to the conservative movement in America as a result? Rush answers: “The conservative movement, for lack of a better term, has become an intellectual enterprise, an intellectual exercise that does not engage in any warrior-like activity to change anything, does not ever see the battlefield, just comments on it, approvingly or disapprovingly of other conservatives and is largely unhelpful. Mr. Schlichter feels betrayed by them, and that’s the point of his piece. He explains why these people now vote Trump and not for conservative GOP.”

Conclusion: The conservative movement is being replaced by “Militant Normals,” people who love America and their traditional way of life and despair of losing both. Good people everywhere are standing up and speaking out. And aren’t we glad!

The segment is excellent because Rush went beyond what the caller may have anticipated or even thought about before making the call. Rush’s response to the caller included the following points:

One of the reasons Republicans lost the 2012 presidential election is because our candidate followed the advice of his consultants after winning a stunning second presidential debate.

Classic liberals, ones who stand up for liberty and freedom (think Alan Dershowitz and Bill Maher), want bigger government because they believe more government is better for the country. Establishment Republicans believe in bigger government for selfish reasons. As Rush went on to say: “Follow the money, and you’ll have the answers to many questions.”

Conclusion: There you have it. Establishment Republicans didn’t “squander” an opportunity. They didn’t see an opportunity because they don’t believe in conservatism, at least not in Rush conservatism. They believe only in themselves and their peers.

Rush started this segment with two essential thoughts. The first had to do with his confidence, which came from studying people and politics. It was his passion, which is also why Rush never worked a day in his life—he loved what he did. So first, you have to study. It’s vital if you want to know anything well. “The learning,” according to Rush, “never stops.”

Second, learning isn’t enough unless you understand what learning means. Just like “faith without works is dead” (see James 2:26), so learning without its corollary component is akin to knowledge without gain, or worse, familiarity with a subject with a misguided purpose as the gain. Thus, according to Rush, learning is “just recognizing what is.” He said it all the time, the truth “is what is.” If you cannot recognize the reality of something yet try and share what you think you know, you have become “as sounding brass, or a tinkling cymbal” (see 1 Corinthians. 13:1). It may sound good to some but isn’t helpful and may be harmful.

The preceding comments lead to the main point of the segment. To establishment Republicans, “politics has become demographics, not ideas.” For example, they support amnesty because they want the Hispanic vote. Rush responds: “I’ve always thought politics is ideas. And maybe not politics, but advancing, appealing to an ever-expanding majority of people is rooted in ideas, to me, not demographics.”

Here's the problem: "When you go the demographic route, you are, by definition, giving up on persuading anybody. If you think you need Hispanics, for example, you'll go out and try to be what you think they want you to be. Even if that means you have to support something you really don't believe in, like amnesty, you go out and say you do (emphasis added)." Rush continued:

But I've always believed that people are human beings, and we have some things in common, and finding them and appealing to them as human beings rather than as victims or members of a group is, in the long run, gonna be far more meaningful and productive than taking your policy manual and slicing it up into a bunch of different things that may not have anything in common.

Conclusion: If you cannot be true to yourself, it’s hard to form a true and lasting bond with anyone else. There are specific values all reasonable people believe in. Appealing to those values, even if you have different opinions on other issues, leads to a coalition of strength, a bond with people that cannot be broken and will serve the greater good of all.

Send memories of Rush or comments about this website to comments@TributeToRush.com